About Us » Senator Bob Graham

Graham received a bachelor of law degree from Harvard Law School in 1962.
In 2002, a school in Miami Lakes was named the “Bob Graham Education Center.” Graham said it was one of the greatest honors of his life. 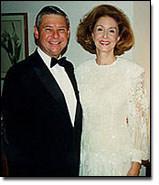